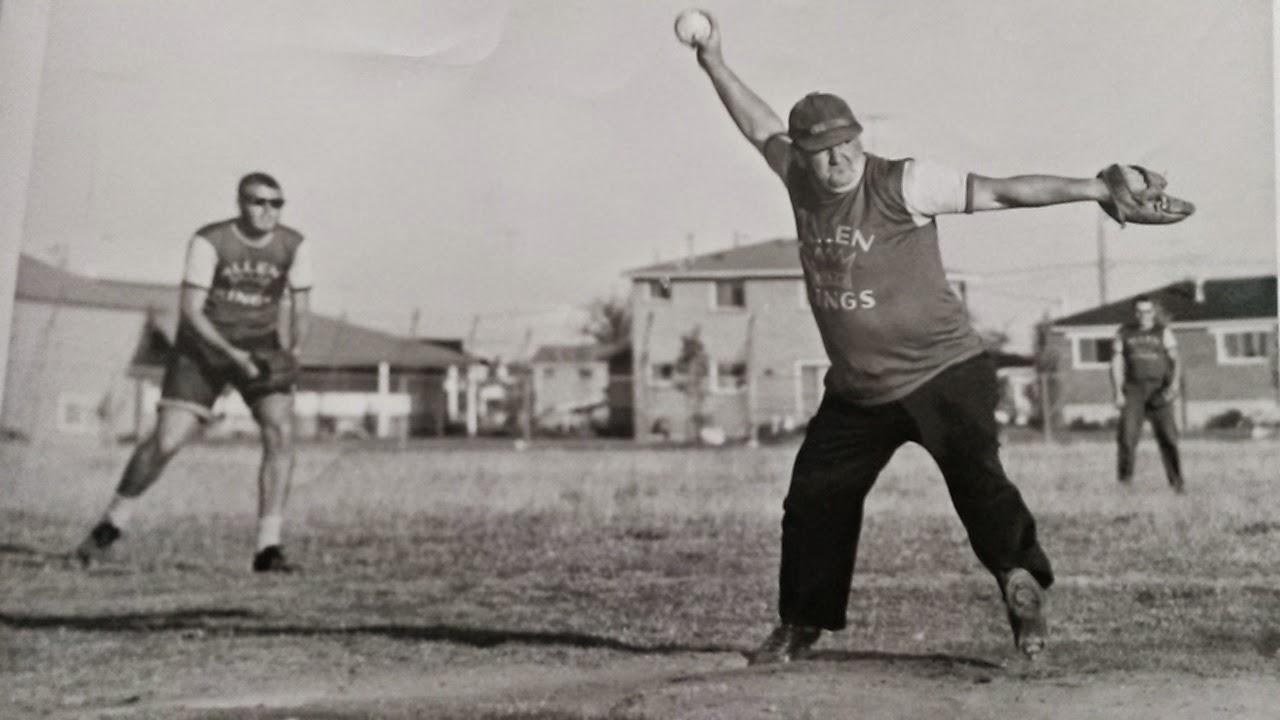 What dose baseball in the 1960's have to do with war and Remembrance Day you ask?

That picture is my dad in the early 1960's.  He was the kind of guy that, as you can see in this picture, that gave it his all. He played hard, he worked hard and he did everything 120% percent. He was a math genius that could add up a grocery list and add tax faster than a cash register all in his head.  He would hand flabbergasted cashiers exact change just for the sheer shock value of it.

He was almost 40 when he met my mother.  They met on the pro-bowling tour.  Yup both my parents were pro-bowlers.  Sounds kind of crazy now but it was the 1960's and bowling was hot.  My mother had the proud distinction of having bowled a perfect game. 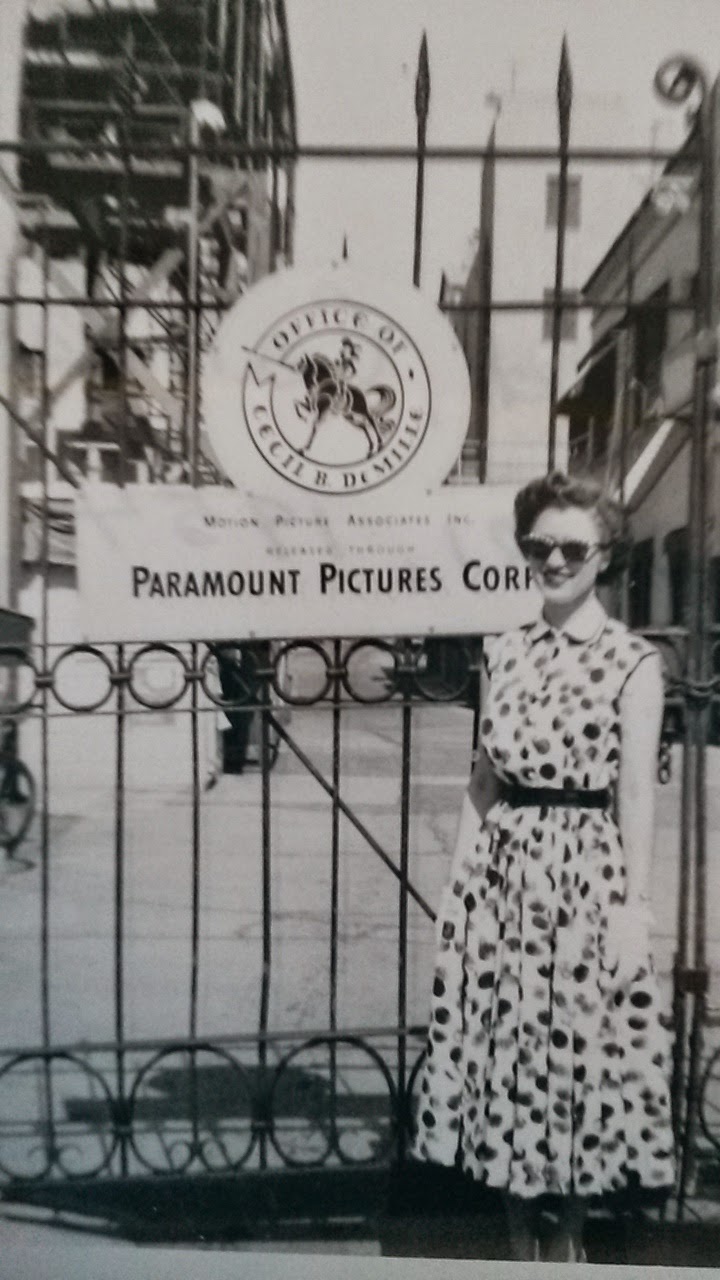 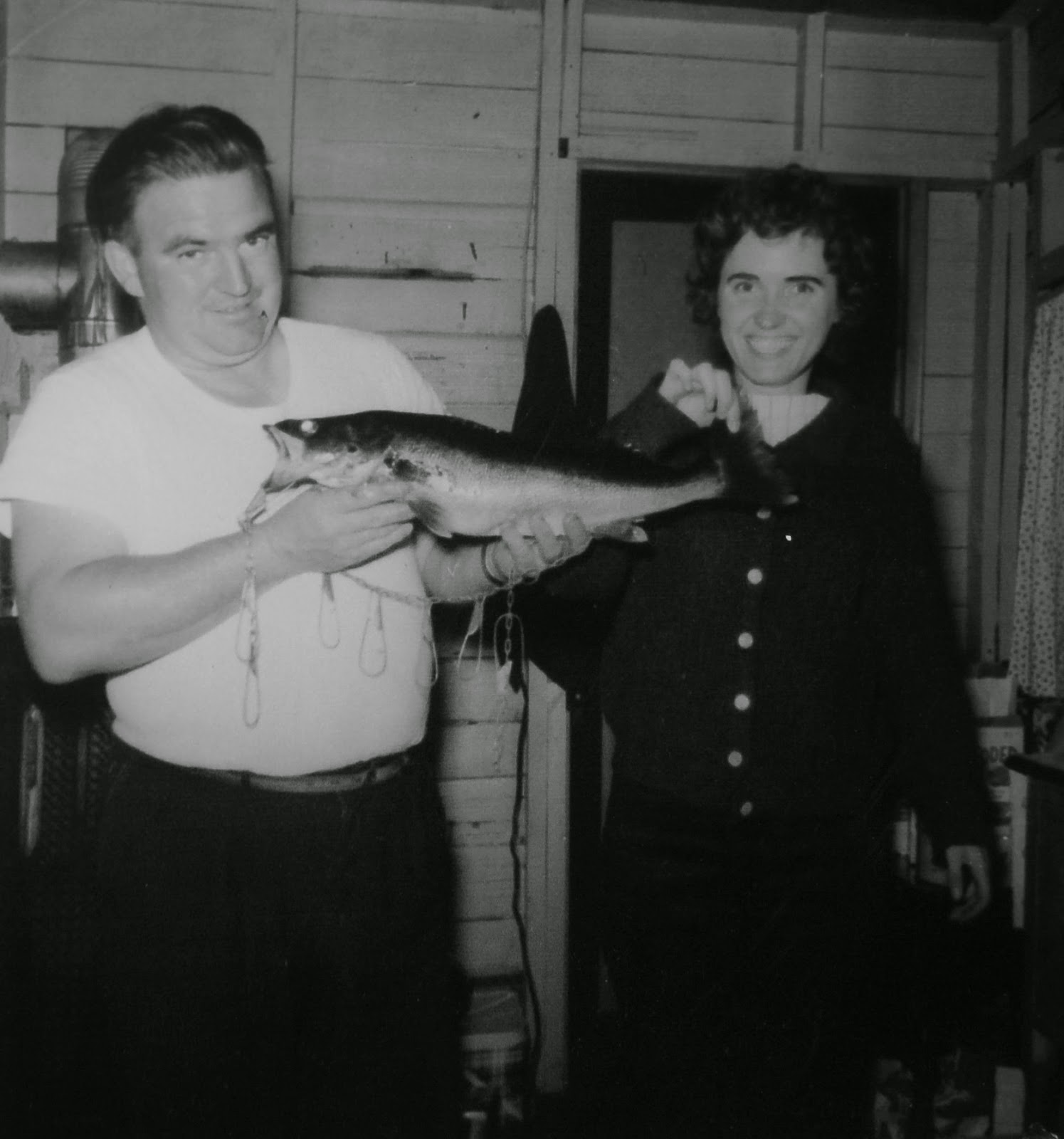 They were a quirky couple.  My dad made my mother have fun.  He dragged her along for the ride.  He lived like he was given a second chance at life because he was.

My dad spent many years in Europe fighting in WWII and then as part of the Canadian peace keeping mission.  He had lied about his age and was in a war zone at the ripe old age of 16. 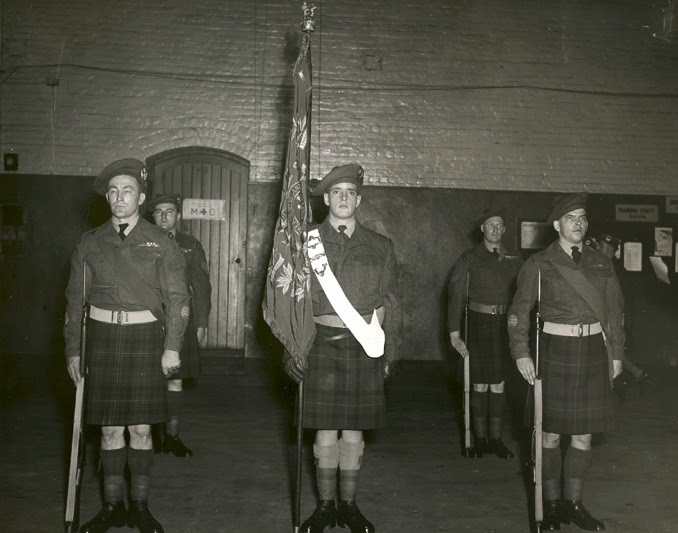 Here he is, far left hand side at the back.

I know very little about his time in Europe.  I do, however, have some very grainy, disturbing pictures.  He was in a German prison camp and held as a prisoner of war.  I have pictures of the camp that he took in 1946 that he kept neatly stored in a Players cigarette tin. I have his pin from his beret.

Even though I have so little and know even less, I still weep over the devotion of my father and the others who went before him and have come after him.  He was truly one of the lucky ones.  He came home and went on a lived his life.  He met my mother, went fishing, played ball and had me.  For that, I am truly grateful.

My father passed away at a fairly young age.  He never met his grand children.  He would be so very proud of them.  They have grown up knowing that their granddad went to war.  They have heard the precious few stories that I can tell them.  They have learned to remember Canada's contribution to world peace.

One of the biggest moments was when we visited the Canadian Memorial Park in Vimy France.  To stand in France on the great battle grounds of WWI was humbling.  To see the Canadian flag proudly flying took my words away. 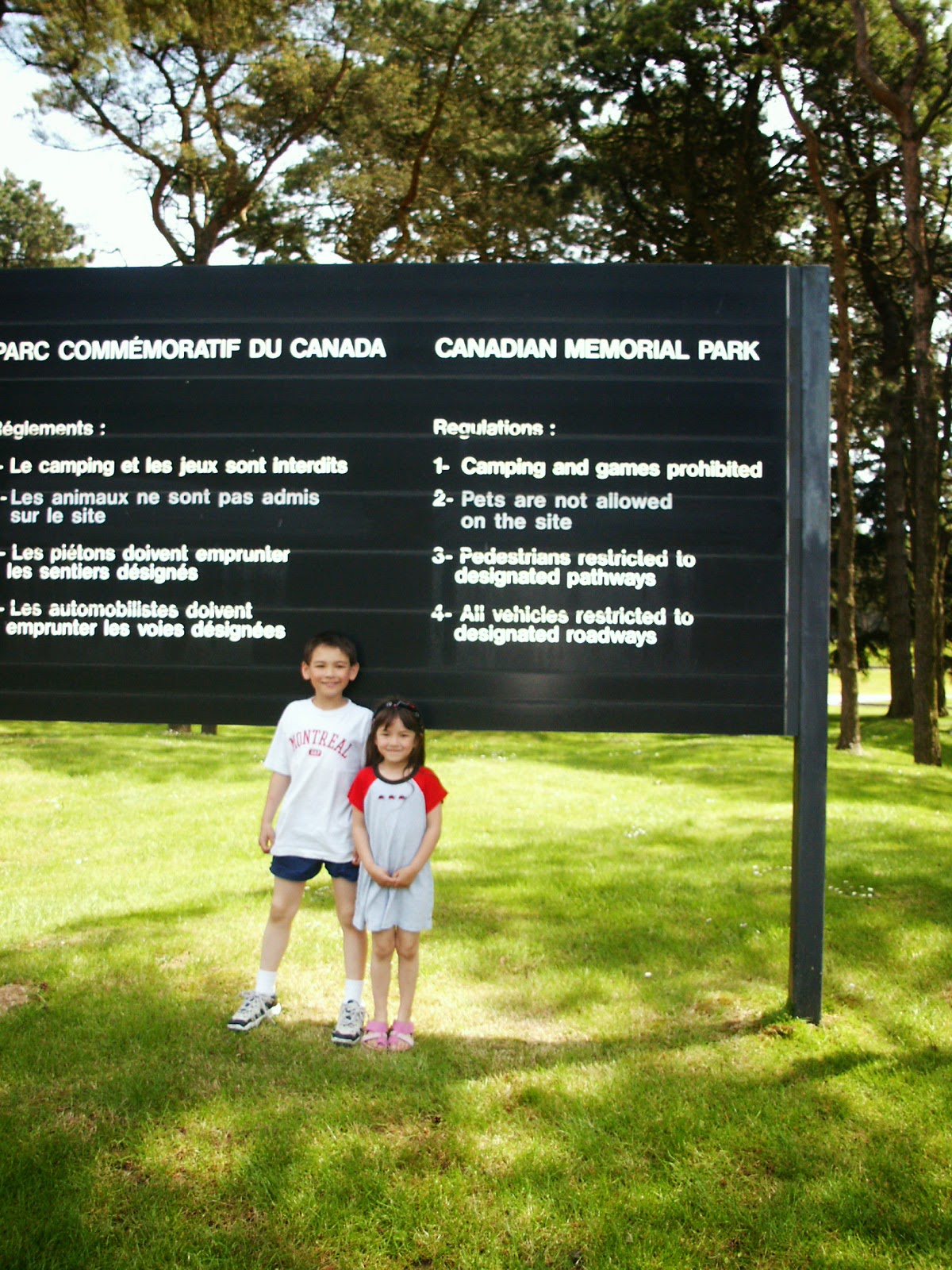 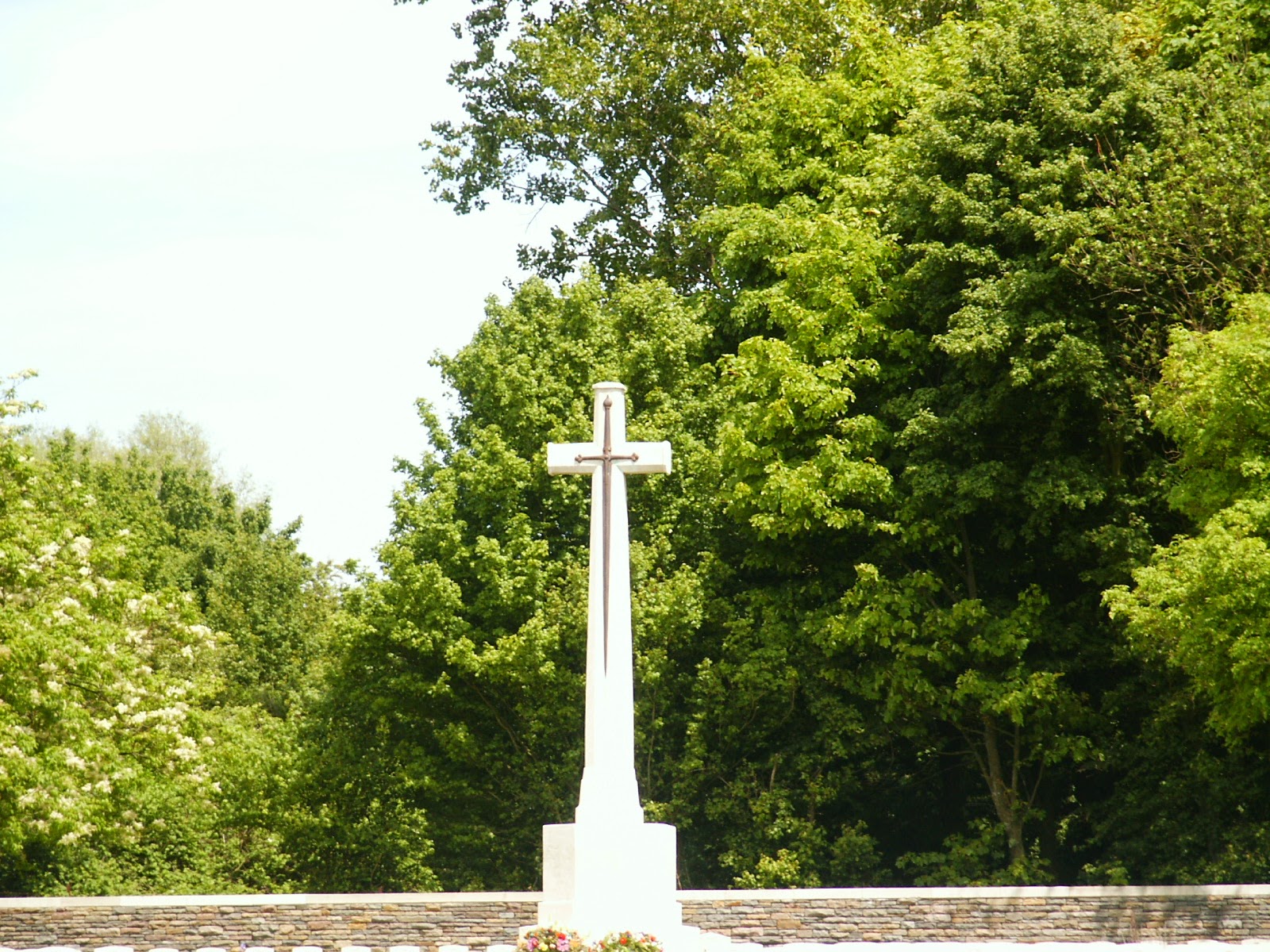 And the single most humbling reminder of the impact of war, the sign that proclaims the presence of live explosives in the mine field 100 years later. 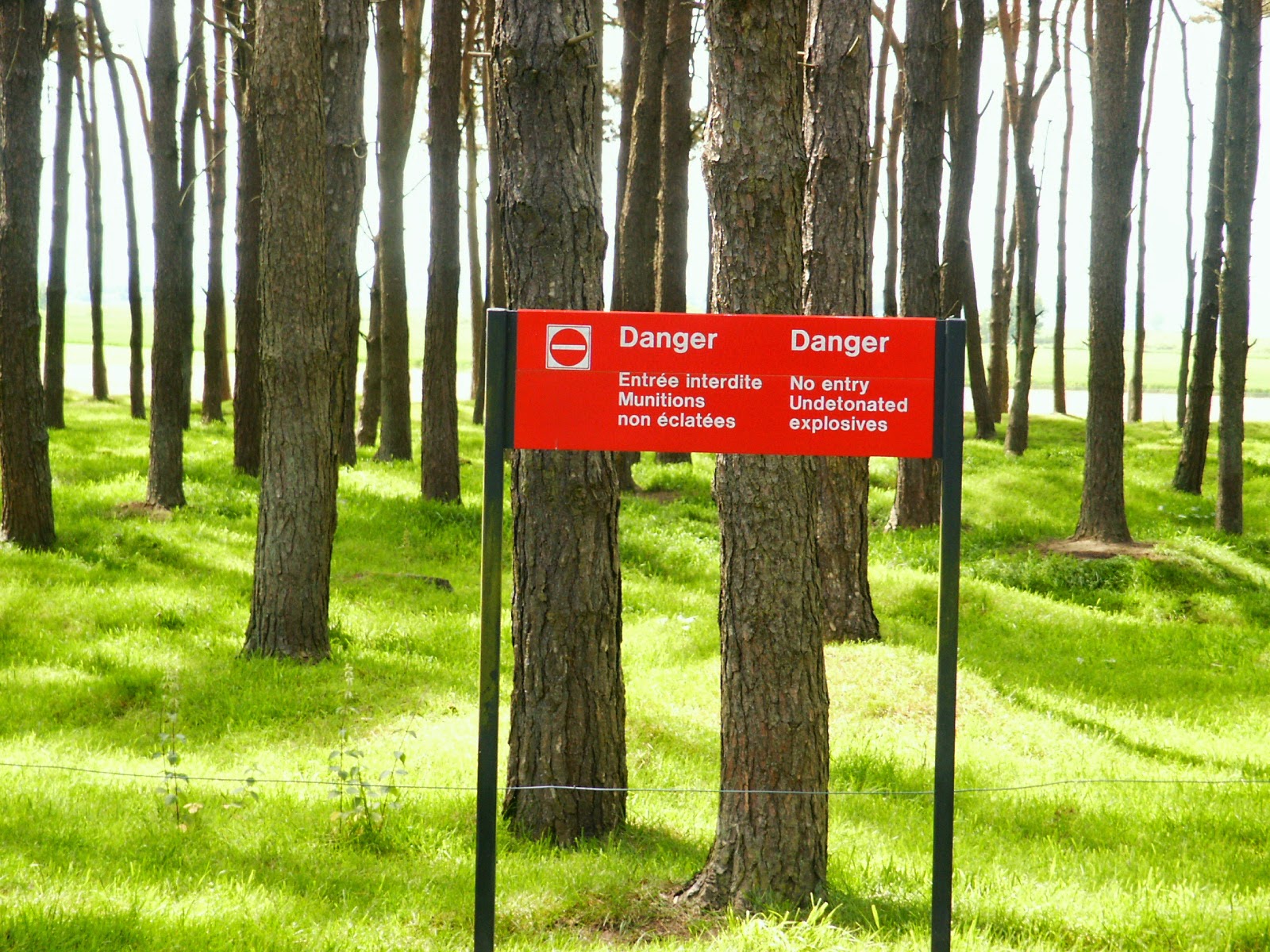 Thank you to everyone who has ever put their own lives on hold to ensure peace in the world.  Please remember all those who gave the ultimate sacrifice each and every day you go about your normal daily routine and especially  on Nov 11th.
Posted by Cate at 7:19 PM

About Baltic to Boardwalk

Cate
One day, while sitting in my kitchen having tea, I couldn`t help but liken my cookie cutter home to the Monopoly property of builder basic Baltic Avenue homes. Watch me transform builder basic to something worthy of Boardwalk or Park Place on a Baltic budget.